INFP Girlfriend: The Complete Guide to Understanding Her

What are the most important things to know about the INFP girlfriend? They are passionate and tend to love deeply and intensely. If an INFP girlfriend loves you, she’ll want to know everything about you.

INFPs tend to take their partners seriously and that includes everything that comes with being with them. This includes their deepest fears and utmost desires. They want to see their partners in ways no one else has.

The INFP girlfriend is very intimate and intentional when it comes to her partners. She expresses just how much she loves through their actions, words and so much more.

For the INFP girlfriend, love is more than having a partner, but understanding them. She’ll make affections seem like something out of a movie. To her, love is an art and can’t just be taken lightly.

INFPs tend to take relationships seriously and won’t settle for less. They may not be the quickest to fall in love but when they do it, you can be sure it’s genuine. They are quite the unique personality type and getting to know your girlfriend means a lot to her as well.

Partners of the INFP girlfriend will understand all the wonderful benefits that come from having them by their side. How do you make an INFP girlfriend happy? Show interest in what she does, understand her needs, and be willing to show affection.

INFPs tend to be dreamers and artistic, so supporting them goes a long way. Appreciate your INFP girlfriend and show that appreciation properly.

Facts About the INFP Girlfriend

As you well know, there’s more to the INFP personality type. Here are some important things you should know about your INFP girlfriend.

They Are Very Passionate and Love Deeply

The INFP girlfriend is one who feels emotions on a much deeper level and she can be quite passionate. This means that when she’s in love, she loves deeply. As often as possible, she’ll keep thinking about you throughout the day.

If you’re looking for someone who’ll always be there for you, then you can trust your INFP girlfriend. When she loves you, she’ll go all out for you. However, they do hold back sometimes. This is because of their fear of getting hurt.

The INFPs ability to love so deeply and passionately makes them great partners. This is because they aren’t selfish people. They always consider their partners before making decisions. They are dreamy in nature and you might notice this as the relationship progresses.

Your INFP girlfriend isn’t one to be completely bored with their partners. In fact, she’ll appreciate some alone time with you. She has a very novel view on romance and believes in the kind of love as depicted in movies.

If you ever meet someone who believes in the existence of soulmates, chances are that they’re INFPs. They are willing to make compromises as long as it keeps both them and their partners happy. You can’t help but love them.

They need someone who loves them truly. Someone who’s not going to judge or manipulate them. The INFP girlfriend is one to stand by your side and as such, needs someone who would do the same for her as well.

They Care Deeply and Take Everything About You Seriously

No other person would want to know you on a level no one else has more than the INFP girlfriend. She won’t care about how the world sees you. She’ll want to know everything about you. With her, you don’t have to be pretentious at all.

With INFPs, it’s not just about being close to you, but understanding all the little and big things often overlooked by others. They crave for a bond that goes deeper than the surface and do not go for shallow relationships.

The INFP girlfriend wants to be able to tell when you’re happy, sad, or worried. She wants to be able to read your emotions, heart, body and soul. This means so much to her because she wouldn’t be with you if she doesn’t love you. When INFPs are with someone, they need a person they can open up to and feel accepted with.

Your INFP girlfriend wants to know about your hopes and dreams and would let you know about hers too. She’s going to share practically everything with you.

For the average person, getting to know the INFP may be a challenge as they don’t let just anyone in. However, when they do let you in, you’ll get to discover just how amazing they are. Your INFP girlfriend is an introvert after all but since she loves you, she will be willing to let you in her space.

Considering that they care deeply for you, INFPs tend to be great listeners and confidants. Whenever you want to talk to them about something that makes you feel sad, they are always ready to listen.

Unlike the Thinkers, the INFP isn’t the best at problem solving but that can be a wonderful source of emotional support. They know that sometimes, all you need is someone to talk to. This is why they’re great listeners.

They Are Introverted and Will Need Their Space

At the end of the day, no matter how passionate your INFP girlfriend is, she’s still an introvert. As such, she needs her space as all introverts do. An introvert works with a social battery which needs to be recharged often. During this period, they’re are comfortable being alone and they need to be alone.

If you notice this about your girlfriend, you should know that she isn’t doing this because she’s no longer in love with you. In fact, her moments alone can help strengthen your relationship. This is because , when she’s charged up, she’s only going to radiate positive energy.

When she doesn’t get this personal space, she can begin to fall apart right in front of you and you do not want that. Personal space and alone time for introverts are necessary no matter how much they love you.

You should know that this does not mean she won’t reach out to you. It’s in no way the same as falling off the edge of the world. She’ll still reach out to you and think about you the every time.

Partners of the INFP girlfriend need to understand how important this is for her and learn to be supportive. If you don’t respect her need for personal space, she might become overwhelmed. It can be the quickest way to get the INFP girlfriend walking out the door and never looking back.

Your INFP Girlfriend Is Slow in Revealing Herself

When courting an INFP female, you might notice her reluctance in opening up to you. This is because of her fear of getting hurt. Another reason is because INFPs are private in nature and are conscious of who they open up to.

The INFP girlfriend is a very reserved person and if she lets you in, you can be sure of how much she cares about you. She’ll require your patience and understanding.

Another thing about INFPs is their gentleness. You’ll need to show them that you care before they can open up to you. Pressuring an INFP female to open up to you can only push her into her shell. INFPs can be stubborn. So, be patient and let her slowly reveal herself.

They Are Sensitive to Criticism

The INFP girlfriend might love honesty but when it comes to criticism, she can be quite sensitive. This can be attributed to the fact they she feels deeply and tends to overthink a lot.

Criticism, especially from people INFPs love, gets to them and they do a terrible job hiding it. As a partner of the INFP female, understanding this and learning how to give criticism, will help your relationship in the long run.

It is important to understand that this does not make them weak. INFPs are very emotionally intelligent people with big hearts. Some people might find it difficult to understand them. However, this is what makes them who they are and their powerful emotions is all part of the package.

It is very important that whoever the INFP female ends up with understands this and does not deliver everything in a critical manner.

One of the ways to keep a relationship strong is by understanding your partner and finding ways to grow together. Showing this part of yourself to your INFP girlfriend makes her trust you more.

The INFP girlfriend is a very sincere person and appreciates a partner who is the same. She doesn’t appreciate pretense and loves it when people are as honest as possible. It makes it easier to know where she stands in people’s lives. So, being genuine and true is one of the ways of pleasing your INFP girlfriend.

INFPs completely detest people who try to deceive them, especially people who they care about and have opened up to. They always want to know the truth about what goes through your heart and mind.

You should know they are very supportive and nonjudgmental in nature. They are great companions who would stand by you through thick and thin.

They also need someone who puts all their cards on the table. It makes it easier to know who they are dealing with. Sincerity is one of the most treasured virtues of an INFP female. If you want to date one, then be as honest and sincere as much as possible.

Who Makes the Best Partners for The INFP Girlfriend?

It is quite evident that the INFP girlfriend can be sensitive and passionate and as such, needs a partner who puts that into consideration.

The last thing an INFP girlfriend needs is someone who shuts everyone out even when they claim to love them. So being that kind of person will surely make them lose their minds.

The INFP female isn’t the best at handling criticism. She requires a partner who is tactful when criticizing her. Look for ways to talk to her without making her feel like you hate her. Just because they are sensitive, does not mean INFPs don’t appreciate honesty.

Unlike a lot of people, the INFP girlfriend is a genuine romantic and will be very loyal and committed to you. She requires a partner who will be there for her in her time of need.

The INFP girlfriend is one who looks forward to long term relationships. If that isn’t what you’re looking for, then let her be or communicate your intentions. This personality type does not wish to be with someone who doesn’t feel the same way towards them

The INFP female makes a great girlfriend. She can be supportive and is a great listener. She’ll want to know you in ways no one else can. INFPs make wonderful long-term partners and can bring a lot of sunshine into your life. 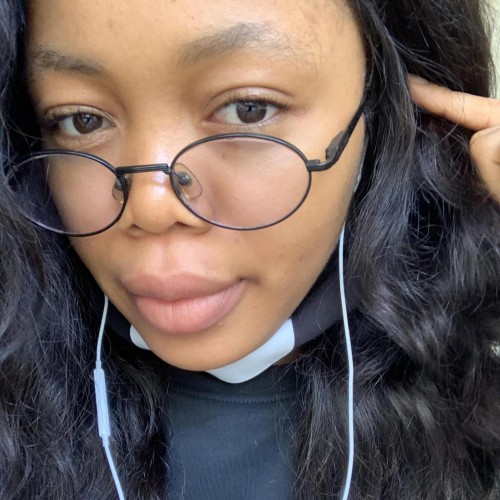 Previous articleWhat It’s Like to Have an ISTP Girlfriend: A Guide
Next articleINTJ Female- Here’s What You Should Expect
Discovery

How to be Vulnerable As An Introvert: Top 6 Tips

Things An INTJ Woman Wants Her Partner to Know